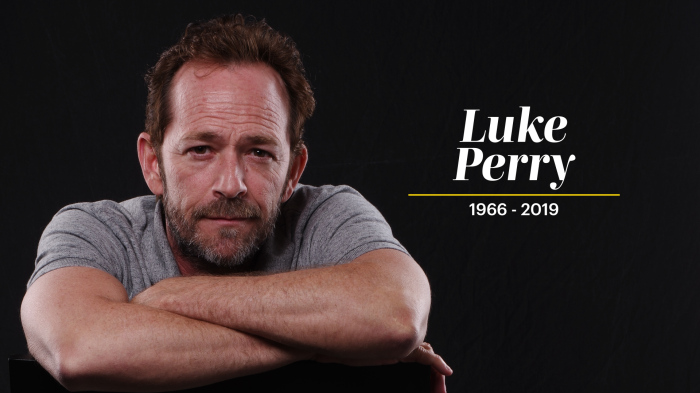 In late February, Luke Perry, who became famous starring in the 1990s TV series Beverly Hills 90210, suffered a massive stroke at age 52. He was hospitalized under heavy sedation, and five days later, when it became clear he wouldn’t recover, his family decided to remove life support.

Perry died on March 4th, 2019 surrounded by his two children—21-year-old Jack and 18-year-old Sophie—along with his fiancé, ex-wife, mother, siblings, and others.

Whether or not you were a Luke Perry fan, it’s hard not to be somewhat shocked when someone so young, successful, and seemingly healthy passes away so suddenly. In these moments, the fragile impermanence of life becomes glaringly obvious. It’s life’s way of reminding us that incapacity and death can strike at any time, no matter who you are.

Such reminders can make you feel extremely vulnerable. And they can also be a precious reminder to make the most of life now.

Reminders of the fleeting nature of life can actually be a wonderful thing, if it motivates you to savor life now AND take the proper action to protect the ones you love through proper estate planning. And while we don’t yet know exactly what levels of planning Perry had in place, it appears he was thoughtful and responsible enough to have at least covered the basics.

Planning for incapacity and death

Perry was reportedly inspired to create his own estate plan following a fairly recent health scare. In 2015, after discovering he had precancerous growths during a colonoscopy, Perry created a will, leaving everything to his two children. Since Perry was worth an estimated $10 million, divorced with kids from the first marriage, and about to be married again, creating a will was the very least he could do.

But wills are just a small part of the planning equation. Wills only apply to the distribution of your assets following death, and even then, your will must go through the court process known as probate for your assets to be distributed. Because a will only comes into play upon your death, if you’re ever incapacitated by accident or illness as Perry was, it offers neither you nor your family any protections.

In Perry’s case, he was incapacitated by a stroke and on life support for nearly a week before he died. During this period, the fact Perry had a will was irrelevant because he was still alive. But given how events unfolded, it appears Perry had other planning vehicles in place to prepare for just this situation.

The power over life and death

During the time he was incapacitated, someone was called upon to make crucial medical decisions for Perry’s welfare, while his family was summoned to his side. To this end, it’s likely that Perry designated someone to serve as his medical decision-maker by granting them medical power of attorney. He may have also created a living will, which would provide specific instructions to this individual regarding how to make these medical decisions.

Granting medical power of attorney gives the person you name the authority to make healthcare decisions on your behalf in the event of your incapacity. The document that does this is known as an advance healthcare directive, and it’s an absolute must-have for every adult over age 18.

Perry was put on life support for nearly a week, and then he was removed from it and allowed to die without ever regaining consciousness—and without any apparent conflict between his loved ones. This indicates that someone in his family likely had the legal authority to make those heart-wrenching decisions over Perry’s life and death.

Without medical power of attorney, if any of Perry’s family were in disagreement over how his medical care should be handled, the family may have needed a court order to terminate life support. This could have needlessly prolonged the family’s suffering and made his death even more public, costly, and traumatic for those he left behind.

The power over your money

But what if Perry’s incapacity had lasted a lot longer?

Given that Perry could have lingered on life support for months or years, it’s crucial that someone he trusted had the authority to manage his finances during his incapacity. Without durable power of attorney, the court will choose someone to manage your finances, and that someone might be a person you wouldn’t want anywhere near your life savings or checkbook.

What’s more, that someone could even be a “professional” who gets paid hefty hourly fees to handle things, even if you have family members who want to serve.

While Perry’s death is certainly sad, if it inspires you to put the proper estate planning in place, it can ultimately prove immensely beneficial. Whether you already have a basic plan in place or nothing at all, meet with us as your Family Business Lawyer® to get educated about the specifics necessary to keep your family out of court and out conflict if and when something happens to you.

We’ll help ensure that in the event of your incapacity, or when you die, your loved ones will have the same protections Perry’s had—and more. Contact us today to attend one of our live educational events or get started with a private Family Wealth Planning Session.

This article is a service of Matthew Murillo, Family Business Lawyer®. We don’t just draft documents; we ensure you make informed and empowered decisions about life and death, for yourself and the people you love. That’s why we offer a Family Wealth Planning Session, ™ during which you will get more financially organized than you’ve ever been before, and make all the best choices for the people you love. You can begin by calling our office today to schedule a Family Wealth Planning Session and mention this article to find out how to get this $750 session at no charge; or you can schedule your appointment online here.