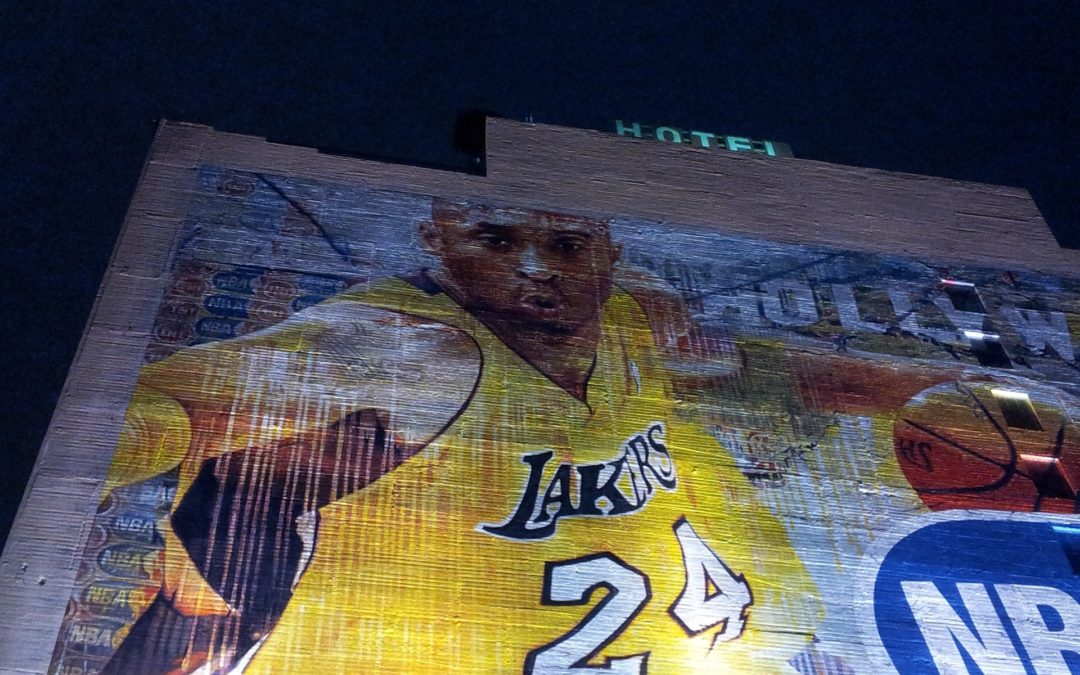 As you no doubt already know, on January 26, 2020, basketball legend Kobe Bryant was killed in a helicopter crash on a wooded hillside 30 miles north of Los Angeles. Also killed in the tragic accident was his 13-year-old daughter Gianna, and seven other passengers, who were friends and colleagues of Kobe and his family. The exact cause of the crash remains under investigation.

The 41-year-old former Los Angeles Laker was flying to Mamba Sports Academy, a youth sports center Kobe founded in Thousand Oaks, where his daughter Gianna was set to play in a basketball tournament. Fortunately, none of Kobe’s other family members were on the flight, and he’s survived by his wife Vanessa and three other daughters: Natalia, 17, Bianka, 3, and Capri, 7 months.

Kobe’s sudden death at such a young age has led to a huge outpouring of grief from fans across the world. Whenever someone so beloved dies so young, it highlights just how critical it is for every adult—but especially those with young children—to create an estate plan to ensure their loved ones are properly protected and provided for when they die or in the event of their incapacity.

While it’s too early to know the exact details of Kobe’s estate plan (and he may have planning vehicles in place to keep the public from ever knowing the full details), we can still learn from the issues his family and estate are likely to face in the aftermath of his death. We cover these issues in hopes that it will inspire you to remember that life is not guaranteed, death can come at any moment, and your loved ones are counting on you to do the right thing for them now.

Kobe’s sports and business empire
Between his salary and endorsements during his 20-year career with the L.A. Lakers, Kobe earned an estimated $680 million. And that’s not counting the money he made from his numerous business ventures, licensing rights for his likeness, and extensive venture capital investments following his retirement from the NBA. That said, by all estimates, his estate has the potential to be the most valuable of any modern athlete.

Given his business acumen and length of time in the spotlight, it’s highly unlikely Kobe died without at least some planning in place to protect his assets and his family. But even if Kobe did have a plan, when someone so young, wealthy, and successful passes away this unexpectedly in such a terrible accident, his family and estate will almost certainly face some potential threats and complications.

For example, due to his extreme wealth, Kobe likely created trusts and other planning strategies to remove some of his assets from his estate in order to reduce his federal estate-tax liability. However, because he was so young and still actively involved in numerous business ventures, it’s quite unlikely that all—or even the majority—of his assets had been fully transferred into those protective planning vehicles.

And seeing that Kobe owned the helicopter and the weather at the time was poor (many other flights had already been grounded), there’s also the real potential that the families of those killed in the crash will file civil lawsuits against his estate. Regardless of how extensive Kobe’s estate plan is, it’s doubtful that the lawyers who drafted his plan considered the possibility of so many potential wrongful-death lawsuits.

Here’s the bottom line: the post-death handling of Kobe’s affairs is surely going to be complicated, and we’ll keep monitoring the court filings to let you know what there is to know, once we know.

Though you almost certainly don’t have a Kobe-size estate to pass on, that makes it even more important for you to handle your planning—and really get it done right. Kobe’s family can afford years in court, lawyers upon lawyers, and a loss of some assets to taxes and lawsuits. Your family, on the other hand, cannot.

Trusted support when it’s needed most
Since Kobe’s wife Vanessa survives him, and it’s been widely reported that they married without a prenuptial agreement, it’s most likely that she will inherit everything. And due to the “spousal exemption,” those assets will pass to her tax free. Yet despite the protection from estate taxes, if she does inherit everything directly, all of the estate-planning, financial-planning, business-management, and wealth-preservation responsibilities for Kobe’s immense fortune will now pass to Vanessa.

That’s an overwhelming responsibility to suddenly have to take on, especially while she’s mourning the loss of both her husband and child, as well as raising Kobe’s three other daughters. Given the vast scope of Kobe’s estate, ongoing business ventures, and likelihood of lawsuits and other legal complications, Vanessa will need the advice and support of her trusted counsel now more than ever. And we sure do hope she has that support, and that it was established well before this point in time.

Unfortunately, many estate planning firms do not engage with the whole family when creating estate plans and the associated legal documents, leaving the spouse and other family members largely out of the loop. Though we can’t know if this was the case with Kobe’s lawyers, such situations occur frequently enough that there’s a good possibility this could be true for Vanessa as well.

And it could be true for you and your family, too. Are you in the loop on the planning that’s been handled (or not) for your parents? Are the people you’ve named in your plan or who you would want handling things for you when needed fully up to date and in the know about your planning?

This scenario highlights the immense value of working with family-centered planning lawyers like us. We take the time to get to know your family members and include them in the planning process. We can even facilitate regular family meetings to keep everyone up to date, as your family dynamics and planning strategies evolve and change over the years.

While the death of Kobe, his daughter, and the others is terribly sad, if it motivates you to get your estate planning handled the right way, or updated, the tragedy just might have some positive impact. Whether you already have a plan created or nothing at all, meet with your Personal Family Lawyer® to learn about the specific planning strategies necessary to protect your loved ones and their inheritance if and when something equally tragic happens to you.

This article is a service of Matthew Murillo, a Family Business Lawyer® at Griffin | A Professional Law Corp. We don’t just draft documents; we offer a complete spectrum of legal services for businesses and can help you make the wisest choices on how to deal with your business throughout life and in the event of your death. Call us today to schedule.